Mobile gaming is a great way to play video games on the go, whether you are playing Rise of Kingdoms offline or doing it with buddies through a friendly competitive match. As the popularity in mobile gaming rises, so does the scale a project involves, especially when video game developers finally decided to create the next big hit. During the early stages of mobile game development, developers are already faced with several obstacles that may undesirably lead to a canceled project.

The following details outline the five most common challenges mobile game developers face, along with practical solutions for a smooth sailing development.

A few developers have no idea about what they are aiming for as they spearhead their project without giving any thought to doing market research. Thus, the released game has acquired only a small number of downloads and numerous critical reviews.

While setting a target budget and deadline for your project, you must be able to identify your target audience. If you are creating a kid-friendly game, it should be aimed at children.

Analyzing your potential competitor’s strengths and weaknesses should enable you to understand your capabilities to meet or exceed the user demand for your game. It should also allow you to scan through their target audience and the number of downloads they achieve per month.

One of the most important considerations is to set a budget for your mobile game development. Unfortunately, not all developers have sufficient financial resources to fund their projects successfully.

Thankfully, the rise of online crowdfunding avenues has paved the way for developers to secure a set budget for their undertaking. When you create a budget plan, think of the several resources that you need to invest in, such as game engine and assets, payment for employees or contractors, and marketing and promotion.

A playable prototype that showcases the core gameplay elements and mechanics should be enough to make it stand on its own. As the project grows in scale, most developers have the urge to incorporate new and often impractical ideas into that prototype, which could potentially ruin its identity as a mobile game and the overall gameplay experience. This is commonly known as feature creep.

To prevent this design pitfall, it is highly recommended to launch your game in phases so that you can obtain user feedback, and based on that feedback analyze what feature needs to be added, improved, or removed. Doing so lets you consider whether the remaining features would fit with your game’s creative and technical vision.

Making sure that a mobile game’s video resolution fits on different phone screen sizes is among the most noticeable problems that developers encounter. To counter this hindrance, put additional effort into the responsive design approach because you or your team will greatly benefit from it.

Responsive game design provides developers with the opportunity to create the app in a manner that the display adjusts seamlessly when tested on various devices or tilted according to preferred screen orientation. Besides, do not forget to consider your game’s target operating system.

Another issue that developers need to keep in mind is their mobile game’s resource utilization. There are others, regrettably, who disregard the importance of how an app runs on a certain device and how such performance affects battery consumption. Fortunately, there is still an excellent way to make up for this unwanted situation.

While testing your game on one or more devices, you should check its performance output. Identify which aspects of your game are draining the phone’s battery life at a faster rate so that you can fine-tune the game toward the final version. If you are working in a development team, you discuss this performance issue with the rest of the members. 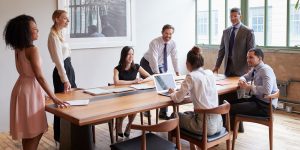 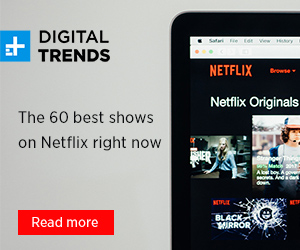